We are Alex and Ana from Mosscoff. We hope you will love our copper products as well as our collection of 15 Moscow Mule recipes. As a bonus, this set also includes instructions on how to take away the stain from your cup that is often created from Moscow Mule. Of course, if you love this tarnished appearance, you can simply keep it that way.

Cold drink recipes like these are best served in copper mugs. People have used copper mugs for centuries to cool their drinks because a copper mug gives the drink an added coolness sensation. Just remember not to use hot drinks with copper mugs or else you will burn your hands. Copper mugs are not suitable for dishwashers or microwaves either. Only use them with cold drinks and only wash them by hand.

The Original Recipe for Moscow Mule 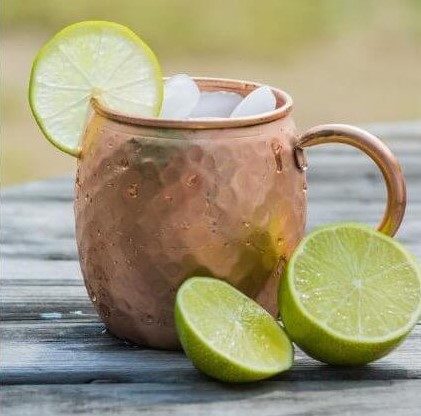 Instructions: Take the lemon or lime and squeeze the juice into the copper mug. Pour the ice into the mug and then pour the vodka onto the ice in the mug. Finally, add the ginger beer to the mug. Take a spoon and stir all the ingredients inside of the mug until they are mixed thoroughly.

The Blackberry Mule: Instead of using two ounces of vodka, use one and a half ounces of vodka as well as half an ounce of Crème de Mure. The final ingredient will be 2 whole blackberries.

The Caribbean Mule: Instead of using two ounces of vodka, use one and a half ounces of light rum along with half an ounce of dark rum. Once this is all mixed together, add three small amounts of Old Fashioned Bitters.

Mexican Mule: Instead of vodka, use tequila. Add a quarter ounce of syrup that is half water and half sugar. Add two small amounts of Old Fashioned Bitters.

Cranberry Mule: Instead of one ounce of lime or lemon juice, use two and a half ounces of cranberry juice. Instead of vodka, use light rum.

Passion Fruit Mule: Instead of vodka, use passion fruit vodka. Add it to the ice in the copper mug.

cucumber slices to the original recipe. Irish Mule: Instead of vodka, use Irish whiskey.

New Zealand Mule: Before applying the ginger beer, add pepper and salt in with the other ingredients.

Vanilla Mule: Instead of vodka, use vanilla vodka. Garnishes can include mint sprigs and cinnamon sticks.

Jamaican Mule: Instead of vodka, use white rum or spiced rum. Add it to the ice in the copper mug prior to adding the ginger beer.

Instructions: Add eight of the blueberries (or raspberries) to the raspberry vodka that should be inside of the tin for mixing. You need to muddle everything gently to ensure that it all blends well together. Lemon wedge needs to be squeezed into this blend, followed by adding the black raspberry liquor. Shake everything together thoroughly. Put the ice in your copper mug and strain the mixture of ingredients over the mug. Now add the ginger beer and stir it all together and then drink! 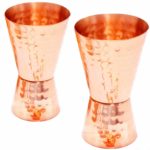 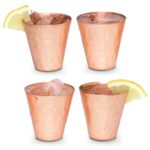 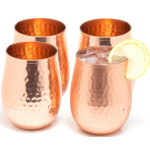 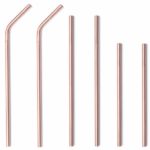 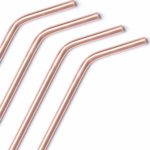 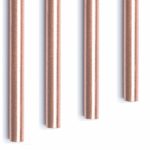 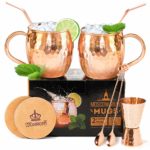 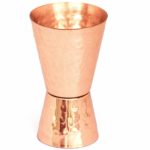 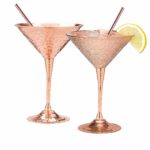 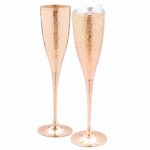 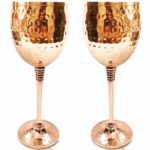